All our French classes are run in a remote learning environment. Learn more

Why I set aside my textbooks to teach French to expatriates 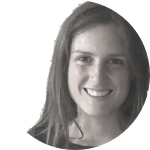 I have been a French teacher for expatriates for about 8 years. I had been teaching for some 5 years in Alliances Françaises in India, Spain and Italy, in the prestigious Madrid’s Institut Français and other more confidential language agencies.

At that time, FLE (Français Langue Étrangère — French as a Foreign Language) textbooks appeared to be genuine teaching assistants. They helped me to prepare my classes with a specific pedagogical progression and selected contents. Of course, I had my preferences for some textbooks approach — definitely not all are worthy — but, in general, I have to say that FLE textbooks were undoubtedly relevant and efficient companions to successfully facilitate my classes.

4 years ago, I decided to return to France to teach French in Paris. I have worked for about a year in the Institut Catholique, l’Alliance Française and others agencies dedicated to teach French to professional expatriates and executives. I often had the opportunity to teach students who showed themselves particularly determined to speak French and integrate in their new socio-cultural Parisian environment.

I understood then that teaching a language with eyes stared at France or the French-speaking world does not come under the same methods as when the French learner is part of the very action, in Paris.

Being a newcomer in Paris, as most of my students were, I could even more notice that this context had its specificities regarding to conversation topics, areas of interest and the Parisians’ lifestyle. Specific idioms and turns of sentences, cultural references that underly every conversation and process on how to meet with people: so many realities that affect the very way French is spoken. I considered then that I had to help my students to reach their integration goal by exposing them as much as possible to a French that was indeed adapted to the diversity of realities and situations of their daily life in Paris.

But how to achieve this? FLE textbooks, my faithful companions — that I used by choice or not — turned out to be helpless in that context. As I kept following their pedagogical progression and using their contents during my classes, I was only able to teach a kind of absolute, technical and soulless French, way too indirectly connected to the reality which my students were living in outside of the classroom. What used to work overseas obviously lacked of relevancy and realism over here. Worse. I could not be noticing so much that my students were actually gaining confidence and fluency in their daily interactions.

I understood then that teaching a language with eyes stared at France or the French-speaking world does not come under the same methods as when the French learner is part of the very action, in Paris. And that’s when FLE textbooks turned out to me to be invalidated to serve as French training backbones.

All were nearby open and authentic books in which to look for inspiration.

When I finally decided to close my FLE textbooks, I started to look carefully around me. I could observe and listen to the Parisians at work, at parties, with their relatives or on holidays. All were nearby open and authentic books in which to look for inspiration.

All those daily-life situations have become my new references to delineate a more updated, intuitive and Learner-in-Paris-centric French learning approach.

Of course, this pedagogical “revolution” is very time- and energy-demanding to design the programmes and create the corresponding teaching material. That seems however definitely worthwhile! After more than 3 years of following such teaching approach, I am so delighted to note that my students do not only make outstanding and swift progress in both French language and Parisian society understanding but also feel satisfied to being able to take a fresh, curious and sharper look to their new living environment.

Fabienne is a language pedagogy engineer and a French teacher for expatriates with more than 9 years of experience. She's an official examiner at the CIEP. She used to work for many French institutions abroad and in Paris, among which are Alliance Française and Institut Français. She cofounded Novexpat and is the originator of the Novexpat's pedagogy.

Break through your French fluency plateau on any daily-life related topics.

Open to all levels

Manage any of your daily-life situations in a natural French.

Open to full beginners to B2 levels

French classes for expatriates in Paris

Bonjour ! If you have unanswered specific questions about our programmes before applying or any doubts about which of our French courses would suit you best, feel free to book a video call with me.

By booking a meeting with us, you acknowledge that the Novexpat’s team may use your submitted data to process your meeting request and any sales relationship that may result from it.